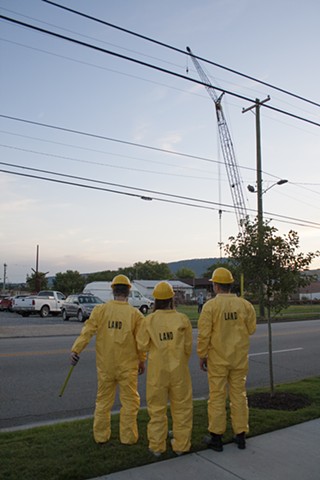 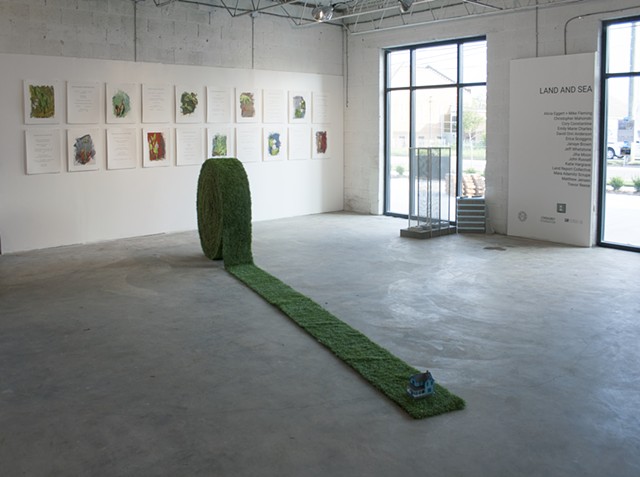 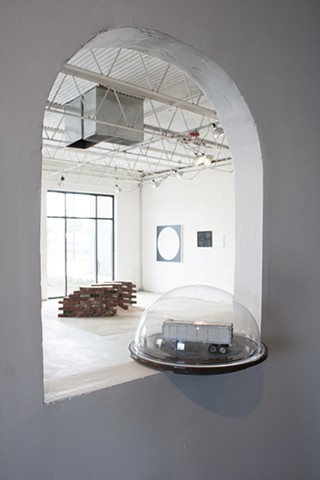 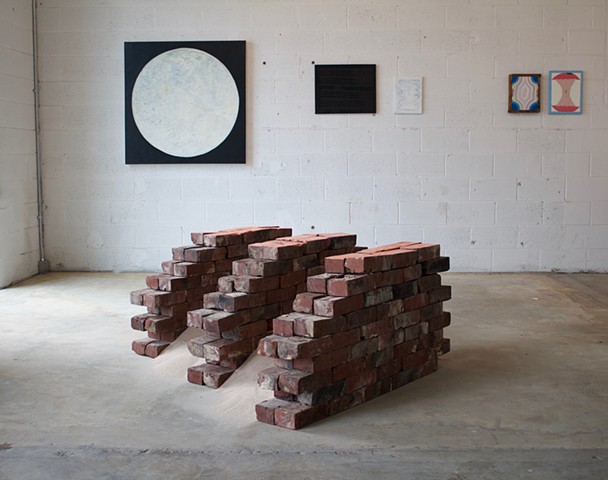 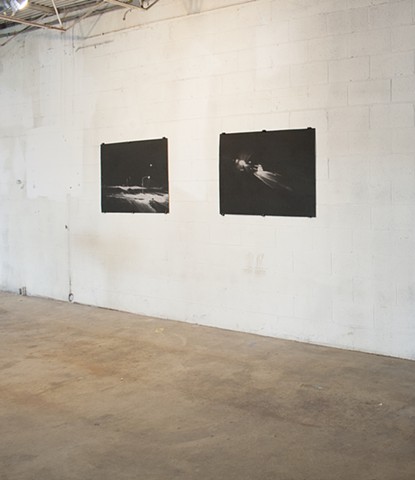 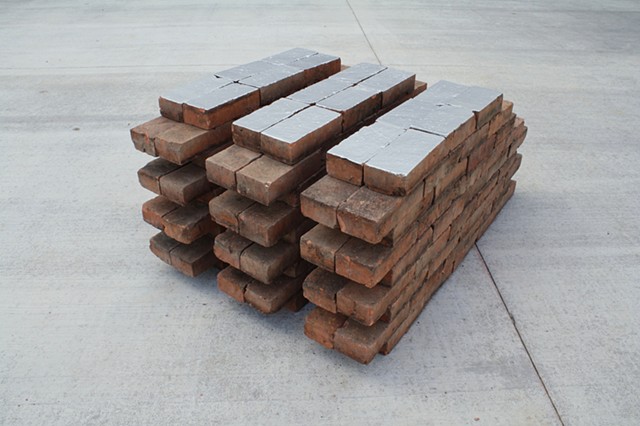 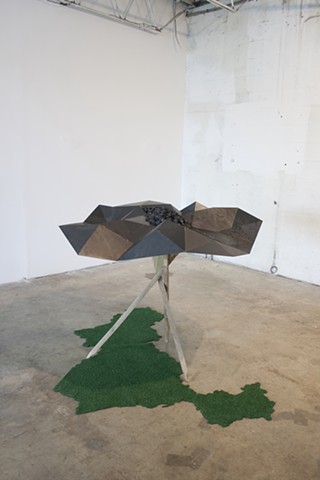 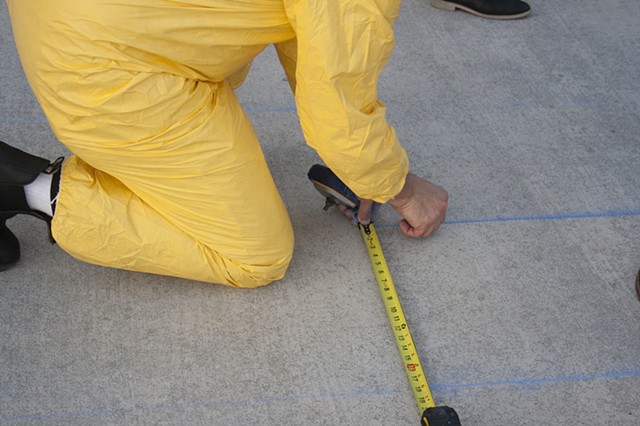 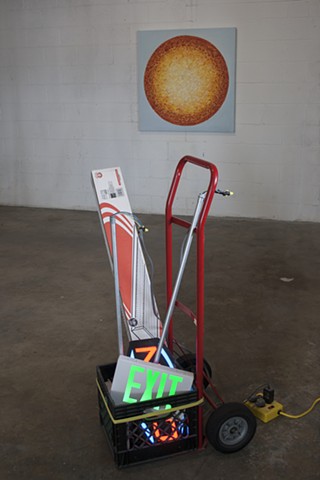 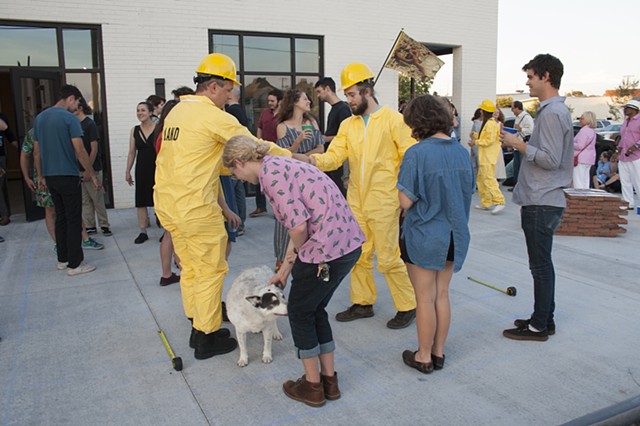 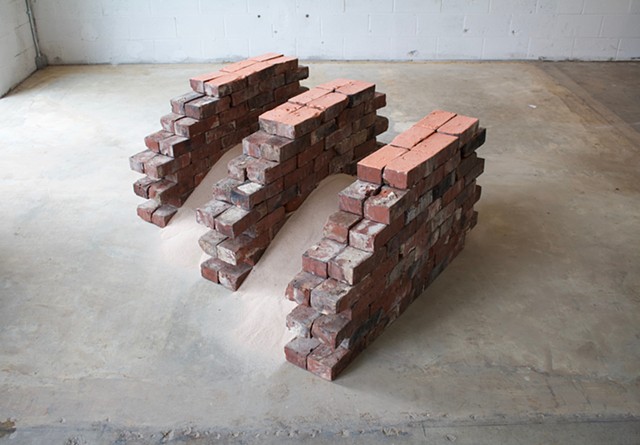 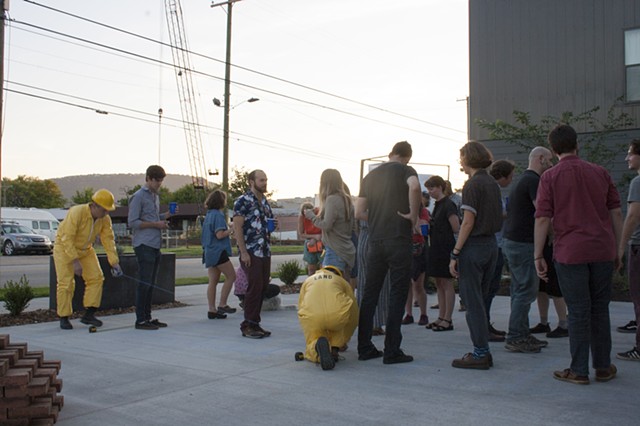 This folder contains works on view by members of the Land Report Collective at Stove Works (Chattanooga, Tennessee) as a part of LAND AND SEA from August 10, 2018, until September 9, 2018.

Both the land and the sea, two colossal darknesses that have gradually revealed themselves over millennia, cast forms into minds and into the terrestrial expanse, dramatizing and animating. A critical part of this revelatory process is further obfuscation; the more that is discovered the deeper the pool of mysteries becomes. Inextricable from humans’ conceptions of the natural world is their primary habitation and experience of built environments. It is seldom more apparent than in Chattanooga, where the Appalachian Mountains collide with the city, woven through by the Tennessee River and its tributaries.

The exhibition, LAND AND SEA, explores how water, air, and soil, specifically of East Tennessee, are inhabited, mythologized, reduced, abused, explored, and celebrated. In collaboration with artists, developers, biologists, a meteorologist, some motorcyclists, old people, young people, visitors and vacationers, indigenous people, an entomologist, and potentially a geologist, LAND AND SEA will explore it all; the up, the down, the seen, the unseen, and the in-between, so that we might more fully live and breathe in each other, critters, and our surroundings.

The LAND portion of the exhibition will see the space, a 4,000 square foot area, transform, with an artist-built, free-standing architectural structure that both mimics the built environment, provides a structured space for gathering, and a nontraditional substrate for the exhibition of discrete works. This structure and the surrounding space will be blanketed by carefully selected and organized native flora. This mat of green will be heavily populated by sculptural work, performances, pictures, and potentially sound from artists across the country and abroad and local, selected by the exhibition’s two curators. Works will challenge scale, participation, local ecology, design, and land use, among other things. A primary objective of the curators is to produce an exhibition that helps audiences relieve themselves of expectations, allowing the outside in, inspiring curiosity, criticality, and wonder. Works will feel familiar as if they'd been plucked from the neighborhood, the surrounding mountains, cityscapes, landscapes, trees, sidewalks, and soil.

Artists participating in the SEA of LAND AND SEA were instructed to walk the corridors of the Tennessee Aquarium, peer into the tanks, listen to the crowds, take in the simulated land and waterscapes, the fish, and reptiles, the mammals and insects, and the people. Their responses take the form of videos, directly and indirectly making reference to the Aquarium and all of its inhabitants, issues of water use and abuse, waterways’ effects on landscape and habitat, as well as fishing, story-telling, and myth-making.